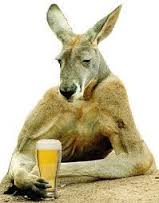 So, I almost died today, and you’ll never guess how.

Now, I know what you’re thinking—‘Of COURSE you almost died today! You live in Australia! You almost die EVERY day!’

If you saw the movie After Earth—and you probably didn’t, thanks to the newfound suckery of Jayden Smith—you would have seen a vision of an earth on which every plant and animal has evolved to kill off the planet’s biggest threat, humans. Well, here in Australia, that evolutionary process has sort of already happened.

Thanks to Paul Hogan and Steve Irwin, pretty much everybody in the whole wide world knows that Australia is teaming with crocodiles. The big saltwater bastards in the Northern Territory reportedly kill a couple of people every year. In June of 2014, in fact, a 62-year-old man was snatched directly out of his boat while fishing in Kakadu National Park.

He wasn’t doing anything stupid like trying to feed it by hand—he was just fishing. In his boat. And the 15-foot* crocodile leaped into the frigging boat and jacked him. (For my non-American readers, 15 feet is just over four and a half meters. That’s one big crocodile.)

They’re so bad that there were reports during World War II, when the Japanese wanted to invade Australia, that the powers that be didn’t bother sending anyone to defend the north coast. Instead, they evacuated all the God-fearing people of Darwin and left the whole of the north coast to whoever might be able to survive storming the beaches.

If you’ll notice, Australia is still peopled mainly by people of European descent, so if the Japanese ever tried to invade, we can only assume they were eaten. (Ok, ok, the truth as we know it is a little less picturesque, but it still makes an interesting story.)

And it’s not just the crocodiles. It’s also common knowledge that ten of the world’s most deadly spiders can be found in Australia, although according to Australian Geographic, we should be more worried about the bees—excellent.

And let’s not forget the carnivorous sea life. So far this summer (that’s since October 2014 down here) there have been five shark attacks around the country. Two—a 17-year-old in Western Australia and an 18-year-old in Queensland—were killed while they were fishing with friends. Again with the fishing!

Obviously the animals with giant pointy teeth are actively trying to kill me, but even the cute ones are deadly over here. Koalas spend their days eating eucalyptus leaves, which have an intoxicating effect on them. They may look like cuddly teddy bears, but koalas are actually just a bunch of drunken, lazy bogans*. Given the slightest provocation, they will claw you to the bone with their massive hideous claws.

(*For my American readers, bogans are the Australian equivalent of rednecks, something between Jeff Foxworthy and Deliverance.)

Kangaroos are just as bad. (If you’re desperately interested, this little video basically sums up the pros and cons of kangaroos.)

Yeah, yeah, there’s nothing cuter than a baby joey hanging upside out of his mother’s pouch, but get close enough to take a photo without a professional lens and you’re looking at a fistfight that you’re not going to win—oh, and echidnas are covered in spikes and if you hit a wombat on the road, you’ll probably flip your car.

And then there’s the sun. At any given beach around the world, you can always pick the Australian kids out of the crowd. They’re the ones whose parents have wrapped them in tin foil from head to toe to prevent any of the sun’s deadly rays from touching their skin. Think I’m kidding? Says one 2012 study conducted by Deakin University Australia, in a country famous for sunshine, one third of the adult population shows signs of vitamin D deficiency. They’re THAT afraid of the sun. Seriously.

Why? Because, according to the Cancer Council of Australia, two out of every three Australians will be diagnosed with skin cancer by the time they reach the age of 70—on average, around 2000 people in Australia die every year of skin cancer, so their fear of the sun is well founded.

It’s not just the skin cancer, either. During summer, the Australian countryside is likely to burst into flame for no discernible reason other than that some thugs just want to watch the world burn—‘thugs’ in this case meaning certain evergreens called pyrophytes whose seeds won’t germinate until they catch fire.

Admittedly, we have a fair number of jackasses who think it’s hilarious to start fires on purpose, and sometimes it’s done in a controlled manner, but a lot of the time, fires just happen in a bizarre act of spontaneous combustion. It’s enough to make you wonder if Australia at large has done something to piss the Almighty all the way off.

Pretty much the only thing that won’t kill you in Australia is the people. Between imminently sensible gun laws, a tightly controlled border and the fact that Australia is basically one big island* surrounded by hundreds of miles of shark-infested waters, gun violence practically doesn’t exist here.

(*Ok, Australia is actually one big island and one little one, if you count Tasmania, which I guess we should.)

Sure we get the occasional knife-wielding madman, but pretty much every able-bodied man in the nation either currently plays or once played Aussie rules football (or maybe rugby). That means you’re never further than the length of a cricket bat away from a guy who can sprint like Flo Jo and tackle like a charging rhino. And that guy is more than happy to take down any knife-wielding madmen who might threaten his children or beer, which tends to keep the mass murders to a minimum.

What about the harmless Australian flora? Yeah, right. About 1000 species of Australian plants are toxic, ten per cent of which actually make cyanide. One Australian native plant called the Weir vine has been known to cause nervous derangement in sheep in Queensland. I don’t know about you, but I have a sort of perverse desire to see what a nervously deranged sheep might look like.

In fact, speaking of flora, it was a gum tree that tried to kill me this week. Yes, in the middle of a hot, dry, windy day, a stationary GUM TREE cracked and dropped a massive limb. Thankfully, I managed to get out of the way in time—otherwise, it surely would have concussed me if not actually killed me outright.

Apparently, several people every year experience death by gum tree. It happens often enough that one Christian publication calls them ‘widow makers’, which seems a little extreme. In 2012, a 20-year-old girl in Adelaide was killed when a seven-meter* branch from a grey box gum tree fell on her car (*that’s nearly 23 feet for you Americans). I don’t know if she was married, but if she was, that tree would have been a widower-maker, and that just sounds awkward and weird.

I guess, though, I should worry a little less about the gum trees. In spending what can only be called an absurd amount of time researching this piece, I came across an article called Weird Ways Australians Die. According to this source, 715 people died in Australia in 2012 from falling over.

I have to admit that I found this article on a website which looks a little dodgy and might not be the most reputable source of information on the Internet. Still, I fall over a lot—no really, I do—which means I should probably spend more time watching my feet and less time looking at…well…anything else.