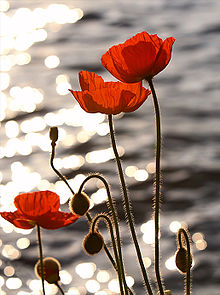 Here in Australia, there’s a condition called Tall Poppy Syndrome. Basically, anyone who gets to be too big for their britches is going to hear about it from everyone around them – and generally not in a nice way.

So if you’ve ever spent five minutes in a room with me, you can imagine I’m probably not doing a very good job keeping my proverbial head down.

Back in Abu Dhabi, I was just a tiny bit famous. It wasn’t my fault – the magazine I wrote for was free and available at the grocery store, so pretty much everybody in town read it pretty much every week. And because I had that goony little column, a lot of people knew my name.

I’d like to believe it was because I was a guest on the local radio station a few weeks ago. The beautiful and engaging Aanchal White – who hosts the Digestive Tracks show every Wednesday on 3NRG Radio 99.3 – interviewed me throughout most of her time slot, asking questions about my book and my writing career and generally making me sound way more interesting than I actually am.

I’d love to put it down to my incredibly clever blog or my dazzling radio debut, but I’m pretty sure that’s not why I got recognised at the beer store the other day. The clerk saw my son’s school uniform and asked him what grade he was in. When he told her, she turned to me with a smile and said, “I’ve heard all about you!”

It would be great if she’d heard of me because people were all atwitter with how witty and urbane I am, but I’m pretty sure it’s just because I’ve become That American Woman. In the absence of my urbane wit, I’m terrified at what people might be saying about me now, such as:

It’s not that people are mean or bitchy. It’s just that I somehow manage to unwittingly draw attention to myself, which simply is NOT the Australian way. I guess there’s still time for me to gain fame and admiration the old fashioned way – by earning it through hard work and excellence – but until then, I’ll try to pull myself together.

I’ll work on it, anyway.