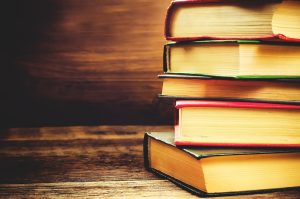 When I told my children I was going back to school this year, their first question was, ‘What for?’ Having completed twelve years of childhood studies, four years of undergraduate school and three years of grad school, they figured I’d done plenty – why, they couldn’t fathom, would I willingly sign up to start the 20th grade? I could see I had to sell it.

‘Well, I’m getting a PhD, which means when I finish, I’m going to be a doctor.’

At this they perked up. ‘Really? Will you work in a hospital and cut people up?’

‘No, not that kind of doctor – a doctor of writing books.’

They were substantially less impressed.

I can see why. I mean, let’s face it, a doctor of writing books may be the least useful kind of doctor there is. Seriously, imagine being on a flight when this scene goes down …

[Flying through a storm. The flight attendant rushes down the aisle.]

FLIGHT ATTENDANT: Is there a doctor on the plane?

FA: Come quick! This man is having a heart attack!

ME: Fantastic! Get me a ballpoint pen and some napkins.

FA: Are you going to perform an emergency tracheotomy?

ME: Of course not! I’m going to establish the setting! [begins scribbling madly]

It was a dark and stormy night. The plane shuddered as yet another bolt of lightning struck the wing but Jim in seat 2B didn’t notice. He was gasping for breath, his heart in full cardiac arrest …

ME: We need to move fast. I’m going to need a love interest. You! With the cleavage! You’ll do nicely.

BOOBS: Oh, but I’m already married. My husband is just in the toil-

FA: This manifest says the passenger sitting in 2B is named Alberto?

ME: That doesn’t work with my backstory AT ALL – JIM!?!

ME: [measured] Do you have a good relationship with your only son?

ME: Just as I feared – damn! [points to flight attendant] I’m going to need an iPad with Wi-Fi and access to his Facebook account. We need to destroy this relationship STAT. [to Boobs] GET OVER HERE AND COMFORT JIM! But coldly – you’re resentful. We’re not sure why yet.

ME: Now, people, now! I need PLOT POINTS or we’re going to LOSE HIM!

MR BOOBS: [returning from the toilet, openly confused] Darling! Why are you comforting that man? Coldly?

BOOBS: Oh, I’m his love interest. I’m resentful but we’re not sure why. Yet.

ME: Ladies and gentlemen, if we could stay focused here, we really need to get this inciting incident moving …

DYING MAN: I’m … [gasps] … having something of an existential crisis – does that help?

ME: Christ, man. What am I, James Joyce? Now if you were an ex-cop with a score to settle, I’d have something to work with. [tenderly] Don’t worry – I have two teenagers and a disgruntled florist hacking into your Facebook account right now. We’ll have your only son not speaking to you in no time.

ME: Oh, your son – Enoch! Trystan Enoch Thackery! Well, Enoch will be devastated by your death, especially considering how he left things between the two of you, the ungrateful little prick.

ME: I’m really sorry but as it turns out, this isn’t your story at all. I’m afraid you’re not even a major turning point.

DYING MAN: Well, I … I guess you would know. You are a doctor, after all.