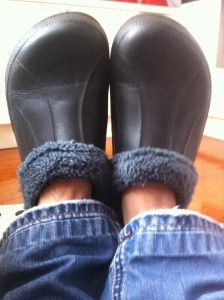 I can’t tell you what an amazing service I did for my community recently. Ok, I can—I took one for the team.

This year, for the first time, both of my boys are playing cricket. It’s just Milo cricket which means that, instead of playing actual cricket, they’re just learning the skills they’re going to need to play the real game in a couple of years.

I still don’t really understand cricket. I mean, I get the basics—one guy throws the ball, the other guy hits it and runs. Beyond that, it gets confusing. For one thing, two different guys are running back and forth between the stumps at the same time, not just the guy batting.

Also, everyone on both teams is wearing white and if it’s a little chilly, the umpire will wear the bowler’s jacket tied around his waist like they’re both in junior high school and dating each other. Which is just weird.

(If it isn’t clear, the bowler is the guy throwing the ball. No, he’s not bowling in the ten-pin sense, but he’s also not pitching and—if I’m to believe All Australian Men—he’s also not technically “throwing”. Go figure.)

But even though I don’t “get” cricket, I don’t mind if my boys want to play it, mainly because A) it’s a summer sport, which means I don’t have to sit out in the freezing rain all winter like I would if they were into football, and B) even though the bowler’s objective is to hit the batsman with the ball, cricket isn’t technically a contact sport.

I’ve seen enough ten year olds carried off the football field unconscious and bleeding (through freezing rain) for me to be happy if my boys NEVER want to play football.

So, cricket it is and a couple of weeks ago was the first session of the season. Being prepared, I took along a lawn chair where I had planned to sit and drink coffee, browsing Facebookland on my phone and occasionally waving to the kids. Not a bad way to spend an hour on a sunny Saturday morning, really.

Except for that it was not to be.

To kick off the session, the coaches asked all the kids to assemble and instructed the parents to “come close” so we could hear a few announcements. All necessary business managed, I had expected to go and set up shop in my lawn chair—only when the coach carried on with the children, all of the other parents stayed huddled in a loose circle, watching with unnecessarily rapt attention (I thought) to their kids tossing tennis balls into the air and trying to catch them.

Still, I didn’t mind too much. I’d found a friend, another mom named Kelly I haven’t seen since my boys stopped going to karate a year ago. Kelly is a truly hilarious person—we used to get shushed by the sensei for laughing too loudly outside the door of the dojo—so I was happy to yuk it up with her while the kids did their thing.

But while I have no objection to taking the kids to sports and even paying attention to them doing it, I had to take issue when the coach told the parents to come play a game. I couldn’t really say no, but seriously? I’d already put my phone in my pocket, I was already standing up and actually WATCHING the proceedings. Did I really, actually need to play a game, too? I thought perhaps not, but there was nothing for it but to join in.

The object of the game was for the parents to stand in the middle of the field and try to tag the kids as they all ran from one side of the field to the other. Some of these kids are as young as four, so when they started running, I was able to do some damage just standing in one spot. Not so bad, I thought.

Then the coach announced we should switch places so that the kids would do the tagging and the parents run.

Of course, having planned to spend my morning entertaining myself with cat videos and Buzzfeed lists, I’d grabbed the first pair of shoes I could find when we were rushing out the door that morning, a pair of fleeced lined Crocs (because gosh darn it, Crocs weren’t ugly enough already, let’s add a fleece lining—extra unattractive, but also extra comfy.)

Well, my boys didn’t have the heart to tag me and I wasn’t about to let somebody else’s kid peg me with a tennis ball, so when the coach blew the whistle, I ran, dodging a little runt of a boy not quite as tall as my waist.

And that’s when it happened.

It had rained the night before so the grass was wet and Crocs aren’t made for running and I’m basically a completely uncoordinated idiot—not capable of just standing there quietly and blending in—so instead of gracefully darting around the kid, my feet came out from under me.

And I couldn’t just fall straight down and be done with it. No, I had to fall ON MY FACE in a move that ended up with me ROLLING OVER my own shoulder and into the wet grass. Right about then, an unsuspecting father—intent on the game—came barreling up behind me, just in time for me to take him out at the knees.

We ended up in a wet, grassy heap, this poor father horrified at being on top of me, me laughing and my kids pretending like they didn’t have a mother.

The bad news is that the other dad was so embarrassed that he wouldn’t make eye contact for the rest of the morning. Also, my kids were horrified and I’ve made a lasting impression on the coach that isn’t likely to fade over time.

The good news, though, is that since then, the coach hasn’t asked the parents to play any more games, which means that I can now count on spending my Saturday morning in my chair with my coffee and my Facebook.

I’d call that a win, wouldn’t you?