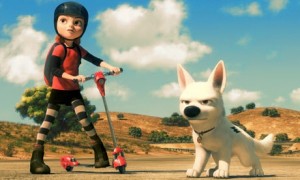 A few days ago, I posted what I liked and disliked about the newest Disney movie Frozen. In response, amazingly, a few people replied with angry fervour. I particularly loved the thread that suggested I should get a life instead of criticising Disney movies. For the record, criticising movies is an actual thing – some people do it for a living – but has anyone made their mark on the world by criticising little known blogs? Maybe not so much. I was just excited to have my readership expand beyond people who are related to me by blood or marriage.

As a more appropriate response to the accusations that I have a frozen heart – seriously, one woman called me ‘Cruella’ – I’d like to draw your attention to a few of Disney’s gals I can really get behind…

If you missed The Princess and the Frog, you really should look it up. Sure, they sing a lot of the script, but it’s REALLY GOOD singing, so good that I didn’t even mind it – in fact, I loved it. If for no other reason, the romance between the lightning bug and his star is maybe the sweetest love story ever written. In this story set in New Orleans, Tiana, a girl of African descent (NOT white) dreams of opening her own restaurant. She believes that if she works hard and stays focused, she can turn her talent at cooking into an establishment her late father would have been proud of. In an epic turn of fate, she kisses a frog – for purely altruistic reasons – and turns into a frog herself. What’s great about this movie is that it gives a (somewhat) accurate representation of the race-based class system that existed quite extensively in the American South during the mid-1900s in which the story is set – and still exists to an embarrassing degree today. With any luck, children of all races will ask some hard questions about why Tiana’s (white) best friend gets to live in a huge mansion and never lift a finger while Tiana has to work two jobs to scrape together the down payment on her dreams. Ok, so she’s unexpectedly saved by a prince in the end, but she doesn’t throw herself on his mercy and live her life waiting for a man to make her dreams come true. And I love her for that.

For all the dozens of parents Disney has conveniently written out of the story by killing them off, the 2002 story of Lilo and Stitch sketches a (sort of) accurate portrait of what ACTUALLY happens when both of a kid’s parents die. Lilo, a girl of native Hawaiian heritage (NOT white), lives with her older sister Noni, a teenager trying really hard to take care of her troubled little sibling. Noni, while fit and healthy, uncharacteristically has the sort of thick thighs and pudgy belly that Disney animators are generally loath to draw – and good on her. Of course, the main plot line of the story revolves around Lilo’s relationship with her “dog”, a renegade alien monster bent on destroying everything he touches. Though you wouldn’t expect it from a movie that so shamelessly nicks themes from the Men in Black trilogy, Stitch comes up with one of the best lines ever written for children: “This is my family – it is little and broken, but it is still good.” For all the kids of every race dealing with broken little families, THAT is actual gold. They can tuck that smidge of wisdom in their back pockets to help them cope with the sort of life crisis most kids – correction, most people – will never have to face. Also, Lilo has a mad obsession with Elvis Presley and I love her for that.

Before she was licking hammers and wrecking balls, Miley Cyrus was the voice of Penny, a little girl who plays the role of an actress who plays the role of a little girl secret agent with a super hero dog named Bolt. While the majority of the movie is about Bolt’s heroic cross country journey trying to make it from New York to Los Angeles following a Waffle House map, I really like little Penny. For one, Miley Cyrus actually has an amazing singing voice, especially when paired with John Travolta who both sings AND plays the convincing role of the dog who doesn’t know he’s not really a super hero. Yes, Penny’s white (see? I don’t have a ‘thing’ against white people – I AM white), and no she’s not technically a princess. However, she IS a hugely successful Hollywood actress, which is the closest thing an American girl will ever get to being an actual princess without marrying REALLY well. Also, while so many young talented girls in Hollywood will happily pimp themselves out in exchange for a wildly successful (albeit often short lived) career, Penny and her mom don’t – they refreshingly decide that money isn’t everything and go back to live on their farm with their dog. And if Ms Cyrus can get her pants back on and scoot out of Hollywood before it swallows her up, I’ll love her for that.