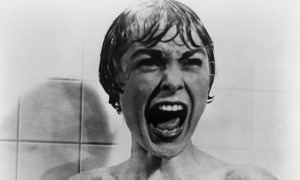 I, Laura Fulton, being of sound mind and body, and with the certainty of my near demise, do hereby set forth to get my affairs in order. Along with my children, I have been taken hostage by the BIGGEST FRIGGING SPIDER in Australia.

I should explain that, in an attack of good parenting, I took the boys to the zoo today. It was a fairly uneventful outing until we headed home. We were within a couple of miles of our exit off the highway when I looked in my rearview mirror and saw what can only be described as the BIGGEST FRIGGING SPIDER in the history of the Southern Hemisphere clinging DIRECTLY to the glass of my back window.

I want to believe that the spider hitched a ride from the grounds of the zoo – the parking area is pretty green and leafy – because the much more disturbing possibility is that it’s been riding around with me for God knows how long, just waiting to give me a heart attack. Seriously, I nearly careened off the highway and wrecked the car.

People keep telling me huntsman spiders are harmless, but do you know what? I DON’T CARE!!! That thing was literally bigger than my palm – just the BODY was bigger than my palm, not even counting the legs. I’ve seriously given BIRTH to things smaller than that thing.

I breathed a huge sigh of relief when I hit the back windshield wiper and the spider disappeared down the window, thinking the ordeal was over and that I could go on with my life, a damaged but healing person.

After running a couple of errands, the kids and I were just getting back into the car when my eight year old cried out that the spider was back. Now, he doesn’t always know what’s funny and what isn’t so I thought his exclamation was his idea of a joke until I saw the SAME FRIGGING SPIDER climb back up my rear window and onto the roof.

Now it was getting out of hand. Here I was, trapped in my own car along with my children, the mammoth spider on the roof and Dad still two hours away from finishing work.

It was at this point that I decided I was being ridiculous. I’d already screamed twice on the highway, instilling the seeds of a phobia of spiders in my children – I couldn’t help it. Put me on a roller coaster and I do the same thing.

But this being a teachable moment, I thought I should let me kids see me face my fear – haven’t I gone on about that sort of tripe a thousand times with them? My plan was to go to the car wash, put $50 into the timer and spray the living hell out of the gigantic bastard until I could wash eight hairy legs of soggy misery down the industrial drain.

Staring down visions of the spider leaping at me and crawling up the stream of water and onto me, I sat clinging to a more reasonable $4, waiting my turn at the wash. After a death defying leap out of the car, I did a quick recon and found the frigging thing clinging to the back of the car.

Unfortunately, the screamer in me let fly, alerting the attention of the man in the wash bay beside me. Now, I’m sure Billy Badass meant to help when he reached up and flicked at the spider WITH HIS BARE HAND, but instead of knocking the spider off my car, he just flipped it up onto the roof, at which point the spider slipped through a crack and INTO THE CAR – WITH MY CHILDREN!!!!!

Now we had to rescue the kids, who stood beside me on the pavement, mimicking my hysteria, much to the amusement of the growing crowd that was gathering. We opened the back of the car and found the frigging spider ready to pounce.

Again, Billy Badass insisted on flicking at the spider WITH HIS BARE HAND, only this time the spider managed to cling to the side of the car and crawl up that bit where the tyre goes. I’m now completely certain Billy is a spider activist bent on aiding and abetting wayward arachnids.

With $4 on the wash timer, I sprayed the affected area as well as I could, but there’s no certainty I got it. I was hoping for a carcass – now all I have is a mystery. Common sense tells me to just burn the car and buy another one, but if I do, I can be certain that my husband will actually kill me.

So now it’s just a matter of time before the BIGGEST FRIGGING SPIDER IN THE HISTORY OF THE HUMAN RACE comes out of hiding, probably while I’m driving down the highway. If it actually touches my bare skin, I will surely flip the car and kill everyone riding with me.

In light of this impending disaster, I leave all my worldly possessions to my husband. if you live nearby, please bring casseroles and if you wouldn’t mind doing a spot of ironing when you drop it off, I’m sure my husband will appreciate it.